The Alcohol Research Group offices are located in Emeryville, California, but we are all working from home at the moment (spread out around the Bay Area), staying safe, wearing comfy clothes, and Zooming to see whose hair has grown the most.

Please don’t drop by our offices because we won’t be there. Instead, send us a note!

* Do you know where the name Shellmound comes from? Here’s the gist (thanks, Wikipedia!) and we, as an organization, recognize the Ohlone people and their land on which our offices reside:

The Emeryville Shellmound is a sacred burial site of the Ohlone people, a once-massive archaeological shell midden deposit (dark, highly organic soil, temple and burial ground containing a high concentration of human food waste remains, including shellfish). It was one of a complex of five or six mounds along the mouth of the perennial Temescal Creek, on the east shore of San Francisco Bay between Oakland and Berkeley. It was the largest of the over 425 shellmounds that surrounded San Francisco Bay. The site of the Shellmound is now a California Historical Landmark (#335). 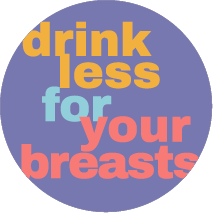 This research was supported by funds from the California Breast Cancer Research Program, of the University of California, Grant Number 25 QB-0500.